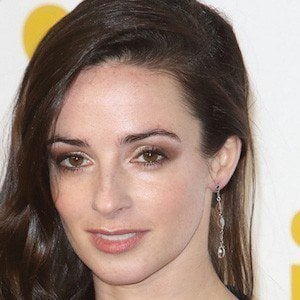 Irish actress best known for appearing on the drama series Sugar Rush, Casualty, and Hex. She has appeared in films such as Right Hand Drive and Dread.

She attended the Royal Scottish Academy of Music and Drama.

She has acted in stage plays such as Romeo and Juliet at the Open Air Theatre at Regents Park.

She began dating Nathan Connolly, the guitarist of Snow Patrol, in the 1990s.

She appeared in the 2009 film Best: His Mother's Son, which starred Tom Payne.