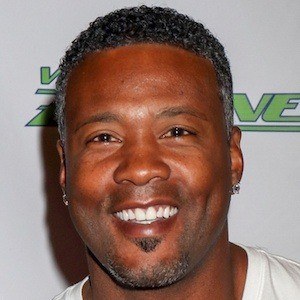 Former NFL safety who played for the New England Patriots, the Buffalo Bills, the Atlanta Falcons, and the Seattle Seahawks over 15 seasons.

He tackled a teammate in college during a rough play at a practice, injuring the player, Joseph B. Linggi, and ending Linggi's college football career. Linggi recovered and went on to serve in the U.S. Marine Corps as a tactical jet pilot.

He was named to the New England Patriots All-2000s Team, even though he only played for the organization through 2002.

He grew up in a group home when his mother, Mae, couldn't make ends meet. He has daughters named Amirah and Kiara with wife Chudine Milloy.

He played against the St. Louis Rams and their All-Star quarterback, Kurt Warner, in Super Bowl XXXVI.

Lawyer Milloy Is A Member Of