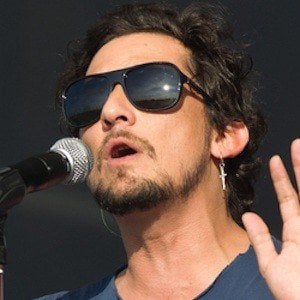 Mexican singer and composer who became the leader of the Mexican band Zoé in 1997. He's performed as a solo artist as well.

He studied at la Escuela Nacional de Pintura, Escultura y Grabado "La Esmeralda" to get a Bachelor of Fine Arts. He worked as a graphic animator.

He has worked with artists including Sussie 4, Natalia Lafourcade, Enrique Bunbury and more.

He was featured on the Carla Morrison song "Messenger."

León Larregui Is A Member Of