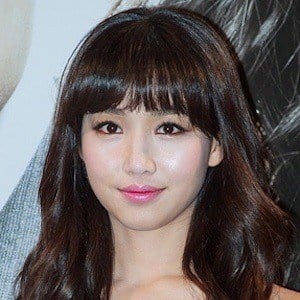 She graduated from the Kyewon University of Arts and Design. She grew up Buddhist but converted to Protestantism in 2002.

She has been featured in several K-pop music videos, including Baek Ji-young's "All I Need Is Your Love" and Sung Si-kyung's "You Touched My Heart."

She married Jo Kye-hyun in 2009. She has one older brother and two older sisters.

She co-starred with Kim Hyun-joo on Twinkle Twinkle.

Lee Yoo-ri Is A Member Of