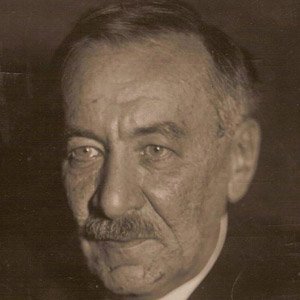 Physicist known for his work on the theory of oscillations, including optics, and quantum mechanics. He helped discover the effect of the combinatorial scattering of light in 1928.

He was expelled from Novorossiya University in Odessa because of his political activities.

He founded one of the two major schools of theoretical physics in the Soviet Union.

He was related to fellow scientist, Alexander Gurwitsch.

He and Aleksandr Aleksandrov were both Soviet physicists.

Leonid Mandelstam Is A Member Of