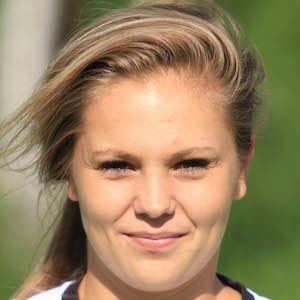 Dutch midfielder and  forward who joined FC Barcelona in 2017. She has also been a member of FC Rosengård, Goteborg FC and Dulsburg.

She played for SC Heerenveen, beginning in 2009.

In 2011 she began playing for the Netherlands national team.

She posted a photo with her sister to her Instagram account in May 2014. She also grew up with brothers.

She has been a Dutch soccer player, much like Robin van Persie.

Lieke Martens Is A Member Of