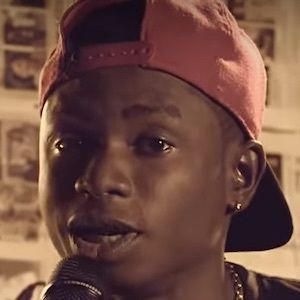 Hip hop artist popularly known for the release of his song "Shoki" which earned millions of views on YouTube. He followed up with singles "Gbese," "Efejoku" and "Is It Because I Love You."

He began his career in music in 2012 rapping among friends before releasing a debut single called "Lyrically."

In 2015, he was nominated in the Best New Act to Watch category at the Nigeria Entertainment Awards, and also received a nomination for Hottest Single of the Year for "Shoki." He studied Linguistics at the University of Lagos.

He was born Keshinro Ololade in Bariga, Lagos State, Nigeria.

Olamide and Davido were featured on the remix of "Shoki."

Lil Kesh Is A Member Of