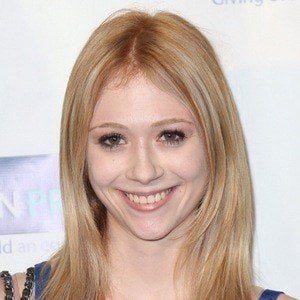 Actress whose films include The Santa Clause 2 and 3 and Cheaper by the Dozen. She also voiced the character Roxy on the animated Nickelodeon series Winx Club, later landing another Nickelodeon role in The Loud House.

She made her film debut at the age of five on My Neighbors the Yamadas.

She played Jessica Baker in the Cheaper by the Dozen movies.

Her parents are Eileen Mumy and actor Bill Mumy. She has a brother named Seth who also has acted.

She acted with Steve Martin in Cheaper by the Dozen.