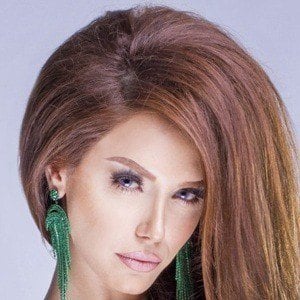 Armenian singer who was a finalist on the first season of Hay Superstar, the Armenian version of American Idol.

She initially hoped to be a fashion designer but at the behest of her friends and family, she decided to pursue music.

In 2012, De Facto Magazine named her the Best Female Singer of the Year.

She was born in Yerevan, Armenia. She married Vahram Petrosyan in 2011.

She and Khloe Kardashian are both of Armenian descent.

Lilit Hovhannisyan Is A Member Of