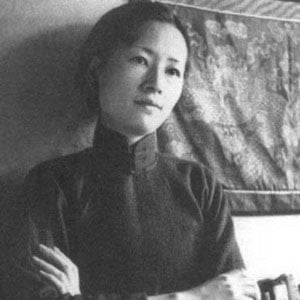 Also known as Lin Whei-yin and Phyllis Lin, she is notable as the first woman in modern Chinese history to have a career as an architect. She is particularly remembered for overseeing the restoration of multiple Chinese historical sites. She also helped design China's national flag, as well as the Tiananmen Square Monument to the People's Heroes.

After attending St. Mary's College in London, England, she studied visual art at the University of Pennsylvania and drama at Yale University. She later returned to her native China and studied architecture in Beijing.

A writer as well as an architect, she is remembered for Meizhen and Them; Ninety-Nine Degrees; Smile; and other works of poetry, fiction, and nonfiction.

The child of Lin Changmin and He XueyuanWith, she spent her youth in Hangzhou, China. With her husband, the prominent architect , she relocated to the United States and co-founded Northeastern University's Architecture Department.

In her early adulthood years, she had a high-profile love affair with the Chinese Romantic poet Xu Zhimo.

Lin Huiyin Is A Member Of