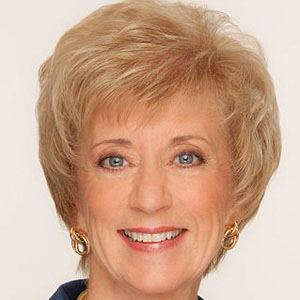 Developed World Wrestling Entertainment with her husband Vince McMahon. She was responsible for the WWE's civic programs Get REAL and Smackdown Your Vote!

Her father owned a local Washington D.C. wrestling promotion. Her husband began working there three years after their marriage.

She ran for the Connecticut U.S. Senate seat in two consecutive elections, first in 2010 against Democrat Richard Blumenthal and again in 2012 against Democrat Chris Murphy. She lost both times.

She married McMahon in 1966 after meeting him when she was 13 and he was 16. She helped him develop WWE merchandising and public relations.

She ran the Smackdown Your Vote! campaign during the 2008 presidential election, which featured appearances by Hillary Clinton, Barack Obama, and John McCain.

Linda McMahon Is A Member Of