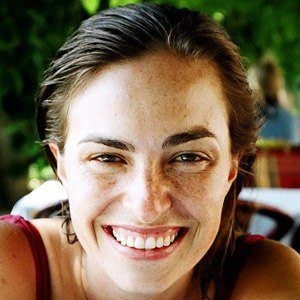 Best known as the daughter of Apple, Inc. entrepreneur Steve Jobs. She attended Harvard University and went on to have a career as a journalist.

In the year of her birth, her father developed the Apple Lisa computer, naming it in her honor.

Her journalism pieces appeared in such publications as Vogue, The Southwest Review, and O.

Her parents, Steve Jobs and artist Chrisann Brennan had an on-off relationship. Steve initially denied that he was Lisa's father. She has half-siblings named Reed, Erin, and Eve.

Lisa Nicole Brennan-Jobs Is A Member Of