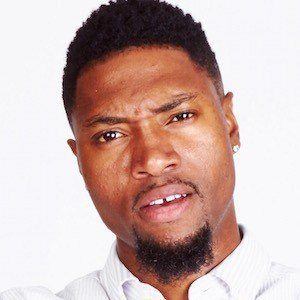 Comedian and actor who became a rising star in the comedy world by performing at legendary venues like The Comedy Store and sharing the stage with some of comedy's biggest names, including Katt Williams and Kevin Hart. As an actor, he is known for his role as D on The Hustle and Reggie on Ballers.

He is the winner of the first-ever Robin Harris Rising Star Award for his comedy.

He has brothers named August and Wendell.

He has acted alongside Omar Benson Miller on HBO's Ballers.

London Brown Is A Member Of