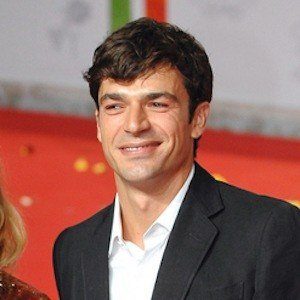 Model turned actor who has become widely known for his roles in the feature films The Legendary Giulia and Other Miracles, Different from Whom, and Lezioni di cioccolato. He also played Giovanni in the American film Eat Pray Love.

After earning a degree in economy and commerce in 2004, he would make his acting debut the following year in the television series Carabinieri.

In 2003, he competed on Grande Fratello, the Italian version of the popular reality series Big Brother.

He and his sister, Francesca, were born to Guido and Agata Argentero. In 2009, he married actress Myriam Catania.

In 2010's Eat Pray Love, a film based on the book of the same name by Elizabeth Gilbert, he starred opposite Julia Roberts and Javier Bardem.

Luca Argentero Is A Member Of