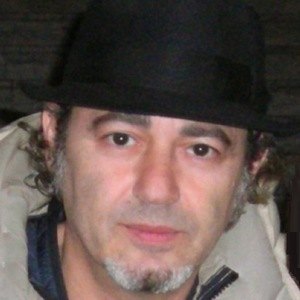 Vocalist who became a major voice in Italian rock with releases like Carboni (1992) and LU*CA (2001), both of which grabbed the top spot on the Italian album charts. He has received many industry honors over the years, including the Wind Music Award and Italian Music Award.

He got his start as a member of the band Teobaldi Rock at age 14.

He has a son named Samuel.

He sang with Tiziano Ferro on the song "Persone Silenziose."

Luca Carboni Is A Member Of