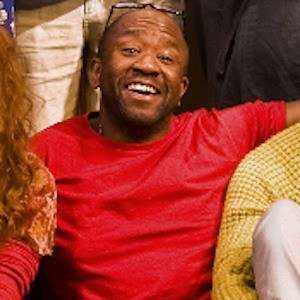 Best known in the television world as JLB Matekoni in the BBC/HBO series The No. 1 Ladies' Detective Agency. He has also appeared in series such as Ashes to Ashes, Doctor Who, and Game of Thrones.

He was formerly an advertising copywriter and freelance radio presenter after he finished school.

He appeared in the 2009 film The International and the 1999 film Lumumba.

He is the oldest of four siblings and was raised in Zimbabwe.

He appeared in the BBC series Luther, starring Idris Elba in the eponymous role.

Lucian Msamati Is A Member Of