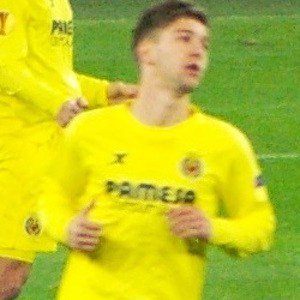 Professional soccer player recognized as a striker for Atlético Madrid. He made his senior debut with the Argentine team Racing Club de Avellaneda and has since played as a member of the Argentine under-20 national team.

He first began playing soccer at the age of seven with his local team, the Independiente Balnearia. Then, at fifteen, he joined Estudiantes before being dismissed and joining Racing Club's youth academy.

He made his La Liga debuted with the Villarreal football club and was awarded the title of La Liga Player of the Month in December 2014.

He has a younger sister named Abril.

After joining Atlético Madrid, he played alongside vice-captain Diego Godin.

Luciano Vietto Is A Member Of