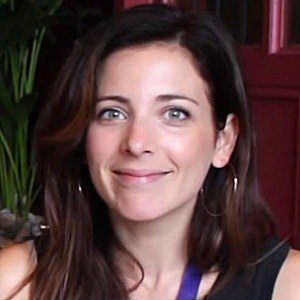 Voice actress and standup comedian most well known for voicing the beloved winged character Mercy in the popular multiplayer game Overwatch. She has also been seen in Fantastic Beasts and Where to Find Them and Homeland.

Her first screen credit was in the 2000 short film Allerd Fishbein's in Love. She would later make her feature debut as Ophelia in 2003's Hamlet_X.

In 2006, she was cast as Vanessa in the German television series Freunde für immer - Das Leben ist rund.

Her mother, Sanda Weigl, is a theatre director and singer, and her father, Klaus Pohl, is an actor and dramatist. Her sister, Marie, is a writer.

She joined Eddie Redmayne and Katherine Waterston in the cast of Fantastic Beasts and Where to Find Them.

Lucie Pohl Is A Member Of