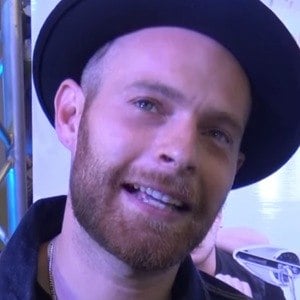 Television and film actor and producer widely known for his appearances in productions like Bajo el Mismo Cielo, Camelia La Texana, and I Don't Know Whether to Slit My Wrists or Leave Them Long. In 2017, he began starring as Santiago in Netflix's Ingobernable.

He studied acting at the Centro de Formacion Actoral of TV Azteca.

Some of his production credits include the 2011 film Los Inadaptados and the film Lo Que Podríamos Ser which he both wrote and produced.

He has gained attention for his relationship with fellow television star Marimar Vega. They married in 2015.