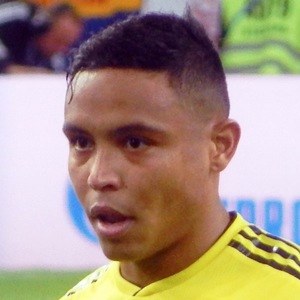 Striker who began his senior soccer career with Deportivo Cali, he has been seen playing with Udinese, Granada, Lecce, and Samporia football clubs. He has also been a member of the Colombian national team.

He began playing soccer in 2001 with the youth club Atlético Junior until 2008 when he signed with Deportivo Cali's youth league. The following year, he made his senior debut with the same team.

Both he and Stephan El Shaarawy won the title of Serie A Best Young Revelation during his first season with Udinese.

He married Paula Renteria and the pair have one daughter.

He was praised by former Udinese teammate Antonio Di Natale for his potential as a striker.

Luis Muriel Is A Member Of