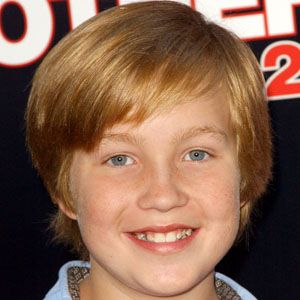 Actor and vocalist known for his childhood roles in the films Walk Hard: The Dewey Cox Story and Step Brothers. He also performed in the Broadway production of the musical Chitty Chitty Bang Bang.

Early in his career, he played a small role in the 2003 film Girls Will Be Girls.

He had a guest spot on a 2011 episode of Comedy Central's Workaholics.

He was born in Mount Pleasant, South Carolina, and he later lived in New York City and Los Angeles.

He appeared with Dennis Farina in the 2010 movie Knucklehead.

Lurie Poston Is A Member Of