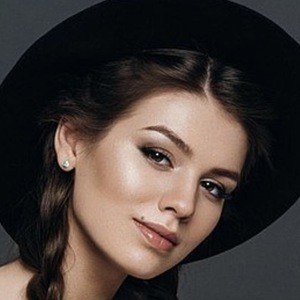 Gained fame in 2015 as a finalist on the fifth season of The Voice of Ukraine. She competed as a member of Svyatoslav Vakarchuk's team.

In August 2014, she made her internet debut by posting a cover of Sia's "Chandelier" to YouTube.

She has a self-titled YouTube channel where she has posted song covers of popular artists like Ariana Grande and Sia.

Her mother's name is Anna and she has a sister named Elizaveta.

On The Voice of Ukraine, she was judged by Potap, Svyatoslav Vakarchuk, Tina Karol, and Oleksandr Ponomariov.

Lusia Chebotina Is A Member Of