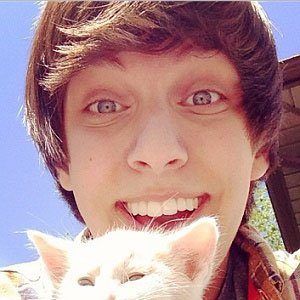 Well known by his YouTube channel name Supermac18, he is a creative vlogger who previously ran the successful collaborative channel called MyCollab. Some of his most successful videos include "The Song Movie" and "Getting Noticed and All."

Joining the YouTube universe in September of 2006, he was one of the original creative vloggers on the network. While working on MyCollab between 2009 and 2010, he and Jennxpenn did their first collaboration together, helping Jenn launch a career for herself in the process.

His video creations slowed down once he began attending a private college in New York. He starred on an episode of NickNews with Linda Ellerbee to discuss why he enjoys creating content for YouTube.

He appeared on a few collaborations with the Joey Graceffa created channel WinterSpringPro.

Mac Guttenberg Is A Member Of