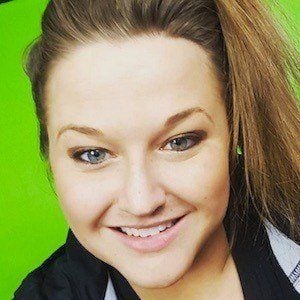 Member of the popular all-girl gaming channel WatchGirlsPlay that has earned more than 270,000 subscribers. She and Andrea Copeland host a series called Woman Crush Wednesday. All of the girls also stream for their fans on a set schedule on Twitch.

She made her debut on the WatchGirlsPlay channel in a video called "Bewilder House" in November of 2013.

The studio for WatchGirlsPlay was moved to her garage in mid-2015 for a brief time.

She is the twin sister of WatchGirlsPlay guest member Alexa Mcfee.

She joined an all-girl group of gamers like Ashley Jenkins did with The Frag Dolls.

Mackenzie Mcfee Is A Member Of