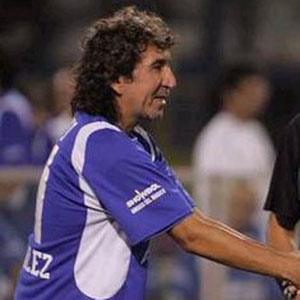 Striker who earned the nickname El Magico. He was a member of the El Salvador national team from 1976 to 1998, scoring 100 goals in 109 matches.

He made his professional debut with ANTEL in 1975.

He helped El Salvador's national team reach the FIFA World Cup for the second time ever in 1982.

He had a son named Rodrigo with his wife Anna Ruano.

He blazed the way for future Salvadorian national players like Jaime Alas.

Mágico González Is A Member Of