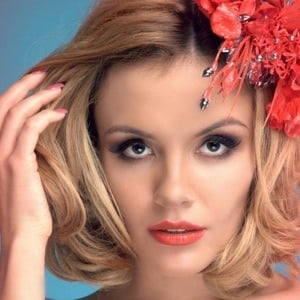 Ukrainian pop singer who is best known for her hit singles ХХДД and Ти і Я. She is signed to the BEST MUSIC label and her albums are available on a range of major streaming platforms.

With a passion for music early on, she released her first self titled EP Mama Rika in 2016. She followed it with the single We Are One and went on to release her first feature length album called Kay in 2017.

She has been featured in several international press outlets for her music including the IDN Times, Dragens Nyheter, and Brilio.

She was born and raised in Chervonohrad, Ukraine.

Other pop singers from the Ukraine include Verka Serduchka and Nick Melovin.

Mama Rika Is A Member Of