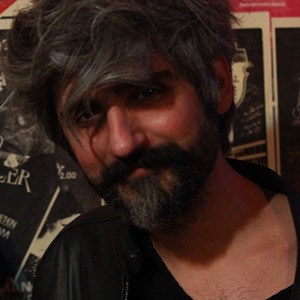 Turkish musician and singer who is best known for her hit singles "Istanbul", "Love of Love", and "Unworthy". He specializes in pop and arabesque style of singing and is also known for his classical guitar work and mandolin playing as well.

He began playing music in high school after learning on his father's guitar. He then attended the Akdeniz University Faculty of Fine Arts Department of Music. He then went on to study Classical Guitar and released his first album Whistle in 2017.

He is known for having earned representation as a signed artist for the Kinay Record Label.

He was born and raised in Tarsus, Mersin but later moved to Antalya for his father's career where he was raised.

Other Turkish singers also known for their pop style of vocals include Ajda Pekkan and Tan Tasci.

Manus Baba Is A Member Of