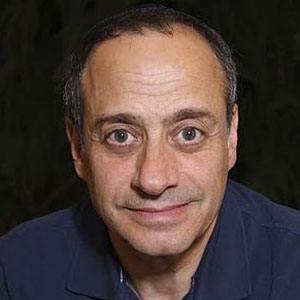 Comedian who is known to children's audiences for voicing Map and Swiper on Dora the Explorer.

He had a successful career as a puppeteer before beginning his voice acting career.

He starred in his own variety show, Weinerville, on Nickelodeon from 1993 to 1994.

He has fathered three children: Rebecca, Max and Sara.

He acted alongside Devon Werkheiser on the Nickelodeon comedy Ned's Declassified School Survival Guide in 2006.

Marc Weiner Is A Member Of

Dora the Explorer
Dora and Friends: Into the City!
66 Year Olds
Voice Actors