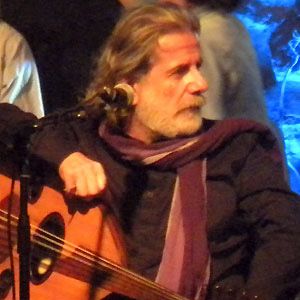 French-Lebanese composer, singer, and Oud player known for his instrumental works. He was famous for such songs as "My Mother," "Rita and the Rifle," and "Passport," which was inspired by the poetry of Mahmoud Darwish.

He taught at the conservatory in Beirut from 1970 until 1975. He created the Al Mayadeen Ensemble in 1976, which led to international success and fame.

He was awarded the Palestine Award for Music in 1999.

He married Yolla Khalife, a singer and songwriter.

He and Ibrahim Maalouf were both well known Lebanese composers.

Marcel Khalife Is A Member Of