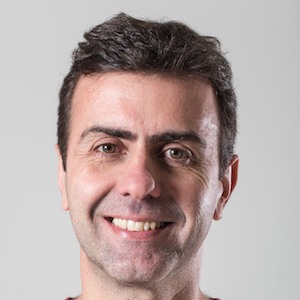 Politician and professor who is in his third term as state representative for the Rio Socialism and Liberty Party. He is president of ALERJ's Commission for the Defense of Human Rights and Citizenship. He garnered national attention after presiding over the parliamentary inquiry commission on police militias in Rio de Janeiro.

Before moving into politics, he worked as a researcher for the organization Global Justice, and as a human rights consultant to federal deputy Chico Alencar. He was director of the São Gonçalo and Niterói Teachers Union from 1993 to 1995.

His role in the commission inspired director Jose Padilha to create the character Diogo Fraga, a history professor and human rights activist turned state deputy. He presides over a commission against the power of militias in Rio de Janeiro in the film Elite Squad: The Enemy Within.

He was married to Renata Stuart from 2010 to 2014. He has two children, João and Isadora Freixo.

Wagner Moura and Seu Jorge starred in the Elite Squad, the movie based on Freixo's life.

Marcelo Freixo Is A Member Of