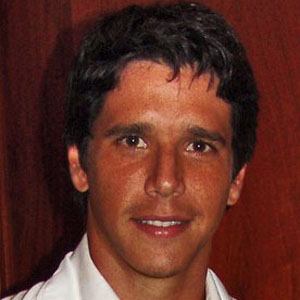 Known for hosting such Brazilian television programs as Gente Inocente and O Melhor do Brasil, he also had a career as a screen actor, appearing in such telenovelas as Caminho das Indias and Amor à Vida. As a director, he is known for his work on the films Open Road and Bed & Breakfast (released in 2012 and 2010, respectively).

Early in his career, he appeared in a Brazilian teen soap opera called Malhação and worked for both the MTV and Rede Globo television networks.

He provided Brazilian voice dubbing for several animated films, including Ice Age: Dawn of the Dinosaurs and DragonBlade: The Legend of Lang.

His marriage to Andrea Santa Rosa resulted in two sons -- Pedro and Felipe -- and one daughter, Nina.

Marcio Garcia Is A Member Of