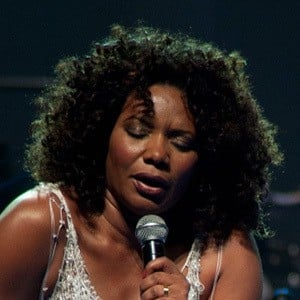 Brazilian singer and actress who is known for her hit songs "Dandalunda" and "Pharaoh (Divinity of Egypt)". She has released over 15 albums and won dozens of awards over the course of her career.

She began singing in the Church of the Mariana da Boa Viagem Congregation in Salvador when she was 15.

She is the leader of Afropop Brasileiro, which preserves and promotes Afro-Brazilian culture, and the creator of Fábrica Cultural, an organization dedicated to helping underprivileged communities.

Her parents are Dona Diva and Adelício Soares da Purificação. She has five younger brothers. She married plastic surgeon Robson Costa in 2008.

She has performed alongside artists like Marisa Monte, Carlinhos Brown and Jimmy Cliff.

Margareth Menezes Is A Member Of