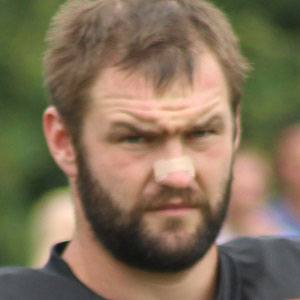 Estonian defensive end known for his massive size and physical gifts, standing at 6'8" with a vertical leap of 34.5". He was a First-Team All-Conference USA selection at Southern Methodist University before being drafted by the Cincinnati Bengals in the second round of the 2013 NFL Draft.

He was a star shot putter and discus thrower in his native Estonia, winning gold medals at the 2005 Junior European Championships and the 2006 Junior World Championships.

He topped CBSSports.com's 2012 "Freak List" of the most physically gifted athletes in the country.

He has been in a relationship with Heather Myklebust.

He has played with fellow defensive end Carlos Dunlap in Cincinnati.

Margus Hunt Is A Member Of