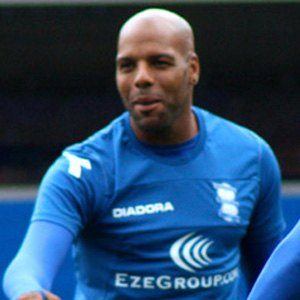 Football League Championship striker became notorious for his off the pitch run-ins with the law. He played for Gillingham from 2000 to 2003, Watford from 2005 to 2008 and became a member of the Jamaican national team in 2004.

He was a trainee at Barnet before moving to Gillingham, and then for a fee of £950,000 to Nottingham Forest.

His playing career became overshadowed by numerous convictions for everything from speeding and drunk driving to assault.

He had three children with his wife Julie.

His own lawyer compared his tarnished record to that of boxer and convict Mike Tyson.

Marlon King Is A Member Of