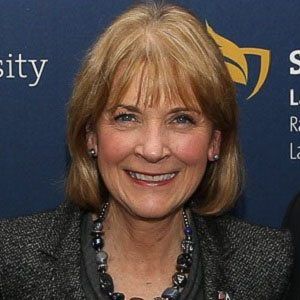 Following her service as District Attorney of Middlesex County, Coakley was elected Attorney General of Massachusetts.

After completing her undergraduate education at Williams College, she received her law degree from Boston University and subsequently worked for the Boston-based law firms Goodwin Procter and Parker, Coulter, Daley & White.

In the late 1990s, she was one of the lead prosecutors in the trial of British nanny Louise Woodward for the wrongful death of Matthew Eappen, the Massachusetts-born infant who had been in her care.

Martha Coakley Is A Member Of