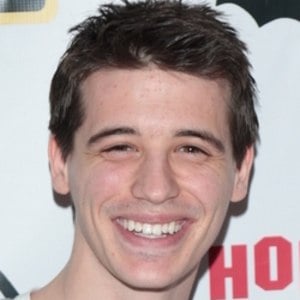 Actor who is known for appearing in a variety of both television and film roles. He is best known for his role as the gamer in the 2017 film Jumanji: Welcome to the Jungle.

He submitted to Launch Model & Talent in New Orleans and was shortly after signed to People Store Talent Agency in Atlanta.

He was born and raised in Tomball, Texas.

As a star in the 2017 film Jumanji: Welcome to the Jungle, he starred alongside Dwayne Johnson, Karen Gillan, and Kevin Hart.

Mason Guccione Is A Member Of