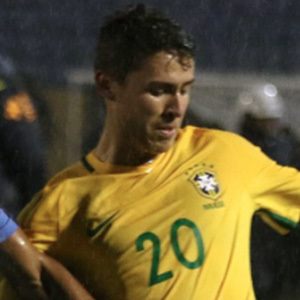 Attacking midfielder who has risen to prominence for his play in Brazil's Serie A, including for Flamengo beginning in 2015. He was part of the roster that won the 2017 Campeonato Carioca.

He began his youth soccer career in 2013 within Desportivo Brasil's youth academy.

He helped lead Flamengo's U-20 side to the 2016 Copa São Paulo de Futebol Júnior title. He had previously contributed to the 2015 U-20 Campeonato Carioca-winning side.

He was born and raised in the Brodowski municipality of Sao Paulo, Brazil.

He has played with Juan Silveira dos Santos for Flamengo.

Matheus Savio Is A Member Of