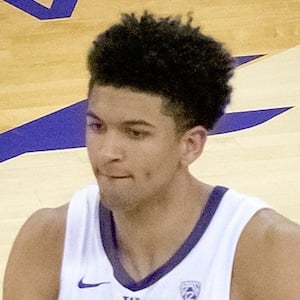 Basketball shooting guard who was the 20th pick in the 2019 NBA draft by the Boston Celtics before they traded his rights to the Philadelphia 76ers. He was the Naismith Defensive Player of the Year with the University of Washington Huskies.

In high school, he was ranked a four-star recruit by Scout.com and a three-star athlete by ESPN.

His mother Elizabeth was a doctor who passed away from Leukemia in 2015. Previously, his father Greg worked as a technology systems manager.

He was coached by Brett Brown after joining the 76ers.

Matisse Thybulle Is A Member Of