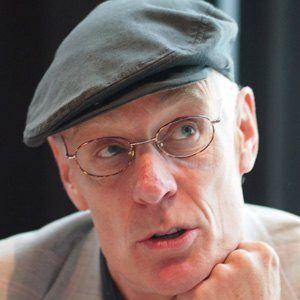 Actor who lent his voice to Max Headroom and starred in the series Watchmen. In 2019, he became a series regular in The Order.

He wanted to become a hockey player in Canada but badly injured himself when he was 15.

He starred in the first two seasons of the TV series Orphan Black.

He married Amanda Hillwood in 1984.

He had a role in the film 50/50, which featured comedian Seth Rogen.

Hercules (1997)
Honey, I Shrunk the Kids
Night at the Museum: Secret of the Tomb
More