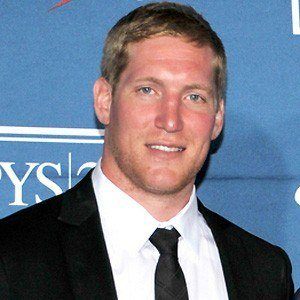 Big, physical defenseman who made his NHL for the Edmonton Oilers in 2005 and signed with the Los Angeles Kings in 2008. He won Stanley Cup Championships with the Kings in 2012 and 2014.

He played hockey at the University of North Dakota.

He has played internationally for the United States at the World Championships.

He grew up with his family in Grand Ledge, Michigan.

In 2008, he was traded to the Kings for defenseman Lubomir Visnovsky.

Matt Greene Is A Member Of