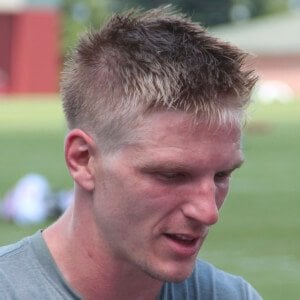 Member of the Simms football family earned a third-string role for the New York Jets after not being selected in the 2012 draft.

He won a state championship and recorded 60 total touchdowns and over 6,000 passing yards during his career at Don Bosco Preparatory High School.

He used an impressive community college season to earn the starting role at the University of Tennessee in 2010.

He is the son of Hall of Fame quarterback Phil Simms and his brother Chris was also an NFL quarterback.

He threw his first career touchdown pass in 2013, while relieving Geno Smith in a late season game against the Miami Dolphins.

Matt Simms Is A Member Of