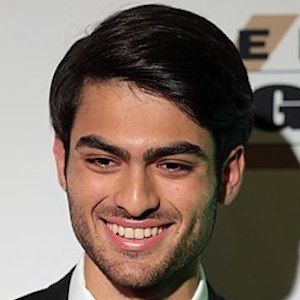 Singer and musician who is the youngest son of Andrea Bocelli. In 2018 he released his first album, 'Si'. He studies music and vocal training at the Lucca Conservatory.

He started piano lessons as a child and when he was 18 years old he debuted as a tenor at the Teatro del Silenzio, an Italian open-air amphitheatre in Tuscany.  He sang arias from operas by Giuseppe Verdi.

He and his father released their first ever duet, 'Fall On Me', in September 2018.

His mother is Enrica Cenzatti. He has two siblings, Amos and Virginia.

In 2017 he was part of Guess' fall/winter campaign alongside Jennifer Lopez.

Matteo Bocelli Is A Member Of