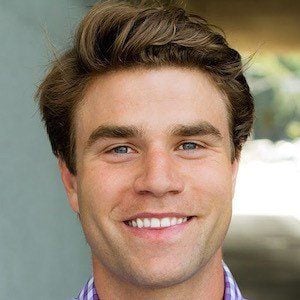 Television personality and stand up comedian seen on MTV2's Guy Code who also served as the anchor on Not Exactly News. Television credits of his include Adam DeVine's House Party, The Mindy Project, The League, and Last Call with Carson Daly.

He earned a degree in Mathematics from Rice University to pursue a career in Finance before shifting gears, moving to Los Angeles, and changing his career path to comedy.

In 2011, he created the weekly puzzle-based webcomic mondaypunday.com. That same year, he began doing stand up in Houston, Texas while working as a financial analyst.

He was born in New Jersey and raised in Atlanta, GA by a Cajun father and Jewish mother.

He landed a role in the film Balls Out, starring Jake Lacy.

Matthew Broussard Is A Member Of