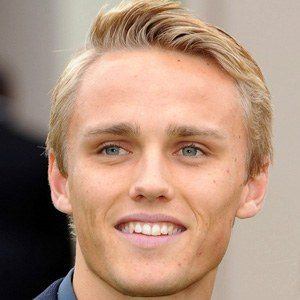 British race car driver in Formula One who raced for the Marussia F1 and Carlin GP2 Series teams.

He attended Ardingly College from 2000-08 and began racing in karts at age 10.

His brother Tom is also a race car driver who has competed in World Touring Car Championship.

He and Lewis Hamilton have both been Formula One drivers.

Max Chilton Is A Member Of