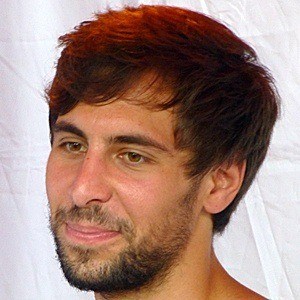 German singer and guitarist who achieved a new level of popularity as a semifinalist on The Voice of Germany in 2011. He capitalized on his appearance on the show with hit singles like 2016's "80 million."

He played in his first band, Deadly Punks, at age 13. Before appearing on The Voice of Germany, he had built an audience on YouTube by performing cover versions of songs like Gotye's "Somebody That I Used to Know."

After his record deal fell through in 2014, he launched a crowdfunding campaign to finance the production of his debut album. The campaign's goal was met within 24 hours.

His father's name is Carlo. He has a brother named Yannik.

He was coached by singer Xavier Naidoo on The Voice of Germany.

Max Giesinger Is A Member Of