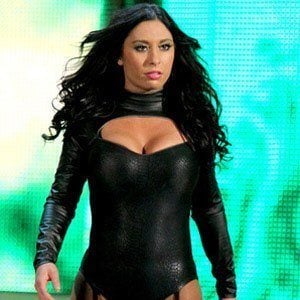 Former professional wrestler most famous for her time as a WWE Diva. She has also been the general manager of Florida Championship Wrestling.

She worked as a model and signed with the WWE in 2009.

She has since gone one to become an actress and was cast as Sophiena in the film Funny and in the web seriues The Cell.

She was born Karlee Perez, but is better known under her ring names as Catrina and Maxine. Her mother was a model who was crowned Miss Hawaii.

She defeated Tamina Snuka on "NXT Redemption" in 2012.

Maxine Is A Member Of