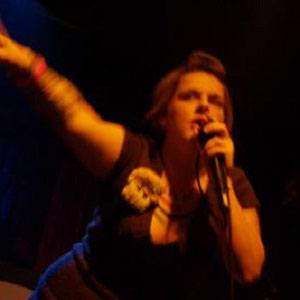 Nerdcore rapper who has dubbed herself "The First Lady of Nerdcore" and who founded the group 1337 g33k b34 in 2004. In 2009, she began performing Dutch-language music under the name Krisje.

She was born in Forth Worth and worked as an associate producer at Game Circus.

She appeared on a March 2014 episode of Dr. Phil with her mother, who was worried about her daughter's sudden conversion to Islam.

Her birth name is Kristin Nicole Ritchie. Her mother's name is Darlene.

She has performed shows with fellow nerdcore pioneers like MC Frontalot.

MC Router Is A Member Of