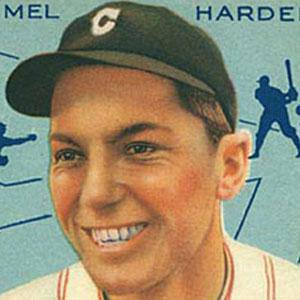 Four-time All-Star pitcher who played his entire 20-year career for the Cleveland Indians before becoming a pitching coach.

He went to high school in North Omaha, Nebraska then signed his first contract with the Cleveland Indians.

He was the winner of the second All-Star game in 1934.

He had two daughters, Kathryn and Penny, as well as five grandchildren and seven great-grandchildren.

He taught Hall of Fame pitcher Bob Lemon how to throw a curveball.

Mel Harder Is A Member Of