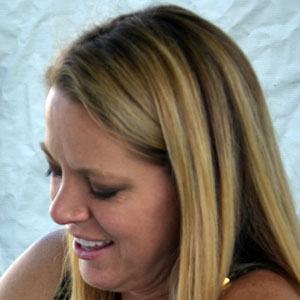 After winning the fifth season of The Next Food Network Star, this television personality and self-taught chef hosted a culinary program called Ten Dollar Dinners.

After earning a degree in political science from the University of Vermont, she studied business at Georgetown University. During her early years, she also became a cruise ship employee and later joined the finance department of Euro Disney.

Her debut cookbook, Ten Dollar Dinners: 140 Recipes and Tips to Elevate Simple, Fresh Meals Any Night of the Week, made it to the New York Times bestseller list.

She grew up in Arizona, California, and Maryland, as the child of a single mother. She and her husband Philippe later settled in San Diego with their daughters Oceane and Margaux (twins), Charlotte, and Valentine.

She and actress Colombe Jacobsen-Derstine both competed on The Next Food Network Star.

Melissa d'Arabian Is A Member Of