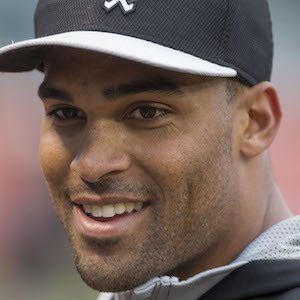 MLB second baseman who was a ninth-round pick of the Chicago White Sox in 2012. He made his big league debut with the team in 2015.

A standout high school baseball player considered by Max Preps to be the best athlete in Indiana, he attended Indiana University to play college baseball.

He completed his college degree online while playing minor league baseball. He was traded to the Dodgers in the 2015 off-season.

He was born to Harold and Tanya Johnson and has two sisters.

He and Howie Kendrick both spent time at second base for the Dodgers in 2016.

Micah Johnson Is A Member Of